Due to circumstances beyond our control

THE DEATH OF DICK LONG 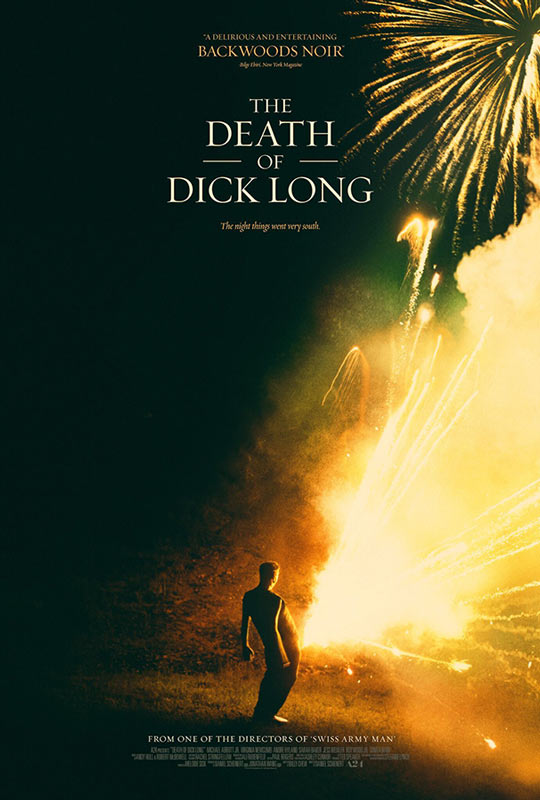 Due to circumstances beyond our control we will not be able to screen the film 'The Death of Dick long".

We will, however, still be able to show the Kinderhaven free film Saturday at 3 PM.

HALLOWEEN DARK AND NOT QUITE RIGHT!
Holy Crap. Dick is dead. Died last night after band practice, and his bandmates, Zeke & Earl (Michael Abbott, Jr. & Andre Hyland), don't want anybody finding out how. That's too bad though, 'cause news travels fast in small town Alabama, and these guys suck at covering their tracks. The authorities haven't ID'd the body just yet, but Zeke's wife (Virginia Newcomb) and his daughter are suspicious already.
A few words from a movie critic:
Not quite drama, not quite comedy, and almost certainly not what you’re expecting, “The Death of Dick Long” opens, appropriately enough, with an invitation to “get weird.” That suggestion comes from the title character, played by director Daniel Scheinert — with Dan Kwan, one half of the creative team behind the delightfully bizarro “Swiss Army Man” — so maybe you think you know what you’re getting into.  --   Trust me: You don’t.