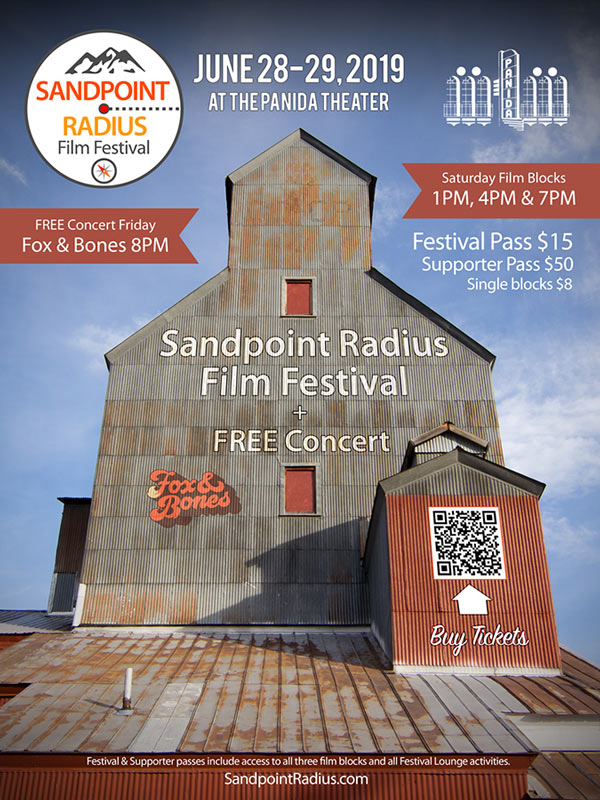 400 mile radius around Sandpoint... You have a film, they want it. In it's second year, the Sandpoint Radius Film Festival is rolling in with three film blocks and kicking it off by bringing back Fox & Bones!
Come and watch three blocks fun and unique films from around the Inland Northwest and then some...
Friday starts in the Little Theater with a meet and greet with the filmmakers and then head to the Main Theater for Live Music and fun!
Saturday have breakfast with the filmmakers and then onto the festival all day long!