Sounds of the East 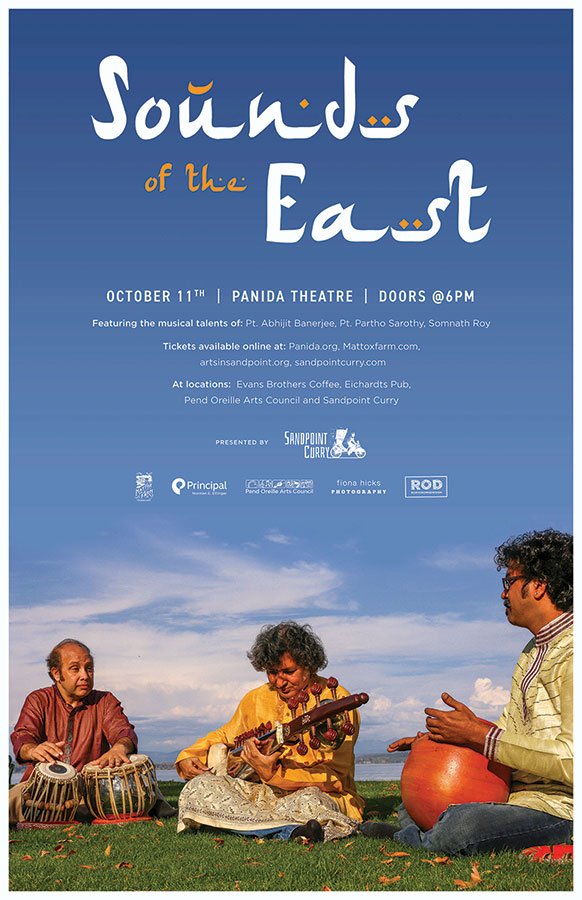 Pandit Partho Sarothy is considered one of the most engaging, intelligent and talented instrumentalists in Hindusthani music. He has gained an international acclaim and is widely acknowledged as one of the top sarod players in the world. He has played in some of the worlds most distinguished venues including Carnegie Hall, Kremlin Hall (Moscow), Royal Albert and Queen Elizabeth Halls in London alongside his late guru Pandit Ravi Shankar.

Pandit Abhijit Banerjee, considered among the front ranking tabla players from India and one of the most sought after creative artists in the realm of Indian classical music. Abhijit has crafted a unique style and creative approach which has brought him accolades and awards from all over the world for his sensitivity, skill and deep sense of musicality.

Somnath Roy is a master of South Indian percussion (Carnatic).  He has toured the world and is known for his blend of North and South Indian rhythm styles.  The addition of the Ghatam (clay pot) brings a deep sonic and rhythmic interplay to the ensemble.

Their performance will be one based in classical Indian styles blended with contemporary influences and improvisation. You will not want to miss this level of talent as it graces the stage of Sandpoint's own Panida Theater!