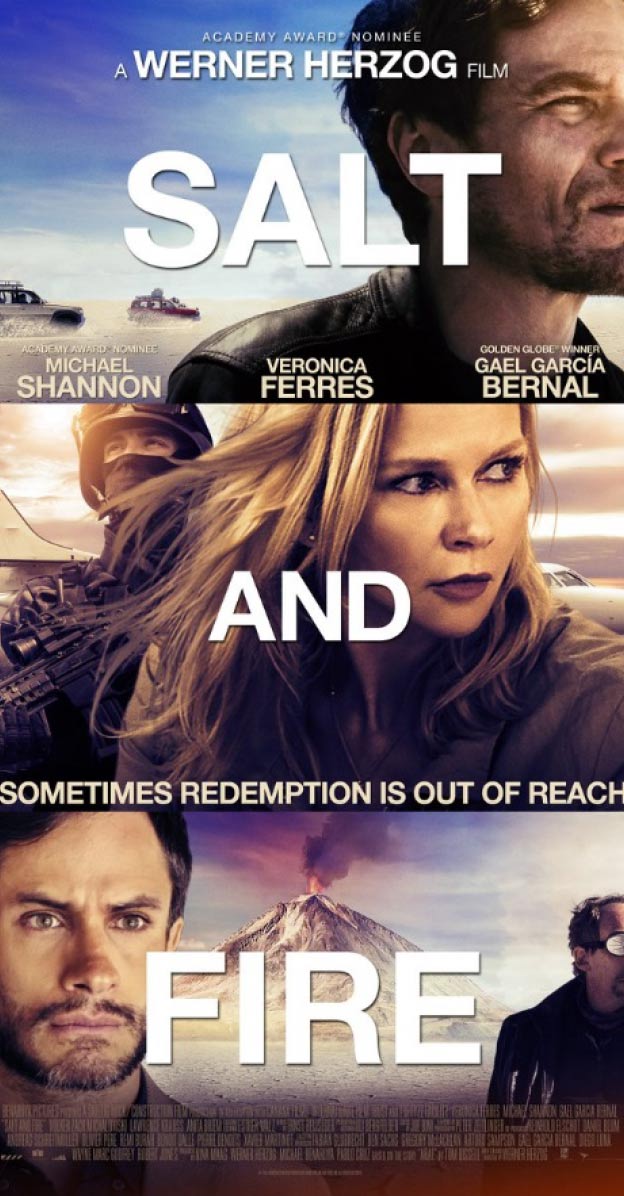 This latest Thriller in the New York Film Critic Series is Directed by Werner Herzog. It has played exceptionally well to crowds at the festivals! Come see it before it hits theaters everywhere!!Two ecologists (played by Veronica Ferres and Gael Garcia Bernal) are sent to South America as part of a U.N. investigation into an ecological disaster. They are quickly kidnapped by the villainous CEO (played by Michael Shannon) of a large company held responsible for the ecological disaster. But when a supervolcano nearby begins to show signs of erupting, they must unite to avoid a disaster.

After movie lead actor, Michael Shannon, will be part of Q&A in a streaming addition!