MAY IT LAST: A PORTRAIT OF THE AVETT BROTHERS 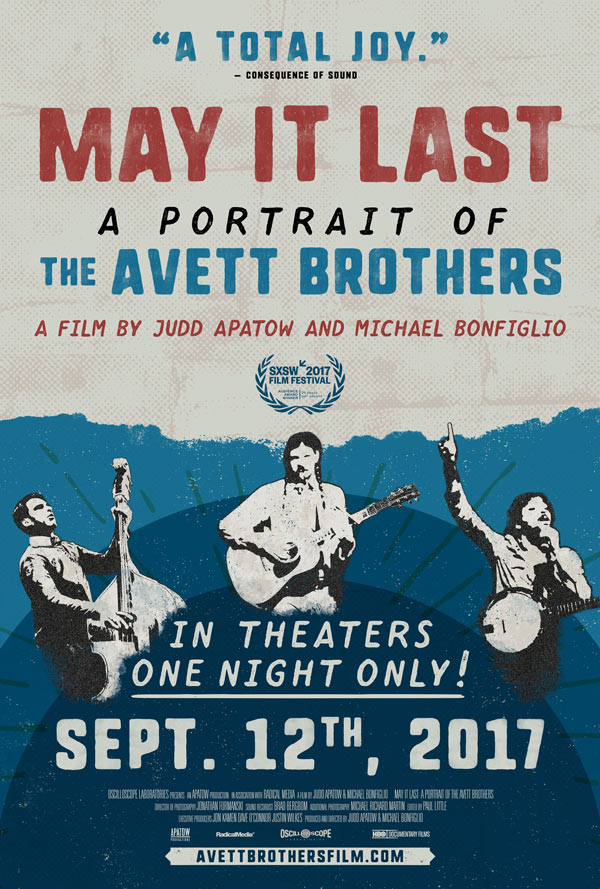 Filmed with extraordinary access over more than two years, MAY IT LAST: A PORTRAIT OF THE AVETT BROTHERS is a deeply intimate and revealing look at the Grammy Award-nominated North Carolina band fronted by Seth and Scott Avett. Directors Judd Apatow and Michael Bonfiglio chart the Avett Brothers' decade-and-a-half rise, while chronicling their 2016 collaboration with famed producer Rick Rubin on the critically-acclaimed album “True Sadness,” released on American Recordings/Republic Records. Using the recording process as a backdrop, the film depicts a lifelong creative partnership put to the test as band members undergo marriage, divorce, parenthood, illness, and the challenges of the music business. More than just a concert documentary, MAY IT LAST is a meditation on family, love, and the passage of time.

Not Rated, but best guess is PG with language.