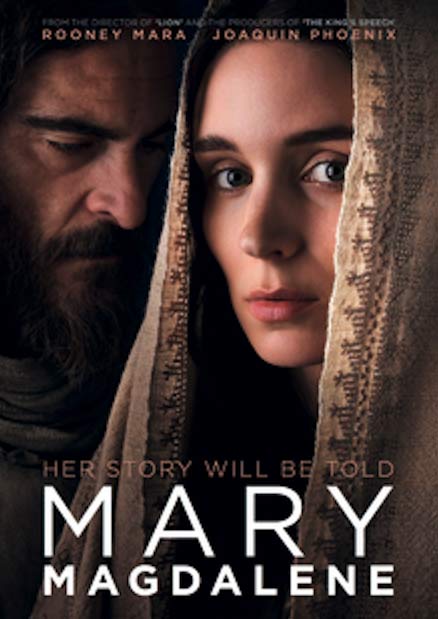 An insightful and intimately photographed film from Director Garth Davis (LION). At a beautiful pace, this film follows the life of MARY MAGDALENE (Rooney Mara) as she leaves her family and her duty to follow a new radical way of thinking that is espoused by an introspective, yet outspoken leader, Jesus of Nazareth (Joaquin Phoenix).
The film follows Mary as she listens and learns from Jesus. It brings to light the misconception that some of Jesus' followers had of him as being an overturn-by-might rebel, not a spiritual rebel. It shows Mary's intrigue of his forward thinking discourses and how they may have affected the people at that time.

R for some bloody and disturbing images