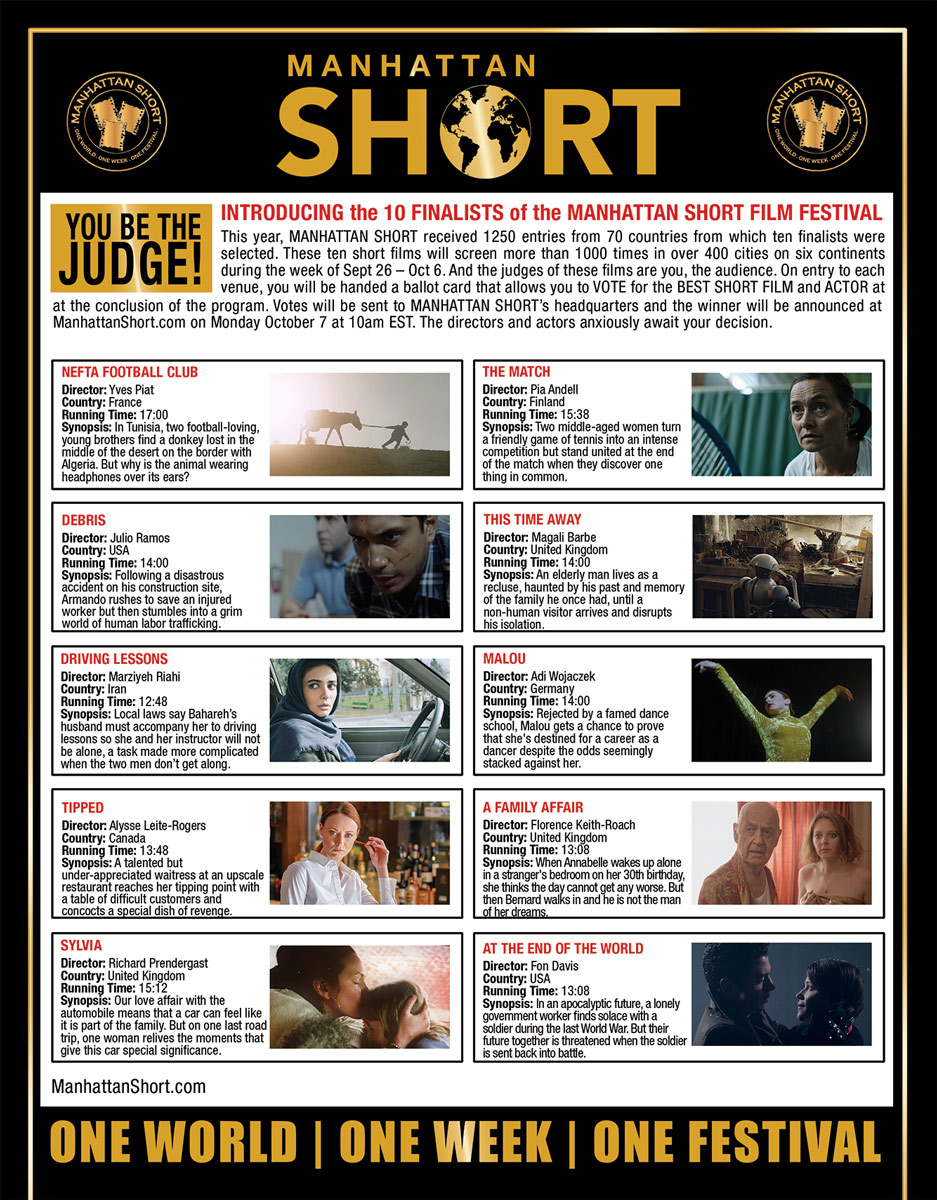 The Final Ten MANHATTAN SHORT finalists hail from seven countries with films from France, Iran, Canada, Finland, and Germany alongside two films from USA and a record three from the United Kingdom. These Final Ten films represent the best short films from among 1,250 submissions from 70 countries received by MANHATTTAN SHORT for 2019, testimony to the enduring vibrancy and creativity of short films worldwide.
By virtue of their selection by MANHATTAN SHORT, each short film is automatically Oscar-qualified.

This is a traveling international Short Film festival. Each screening shows the same films.