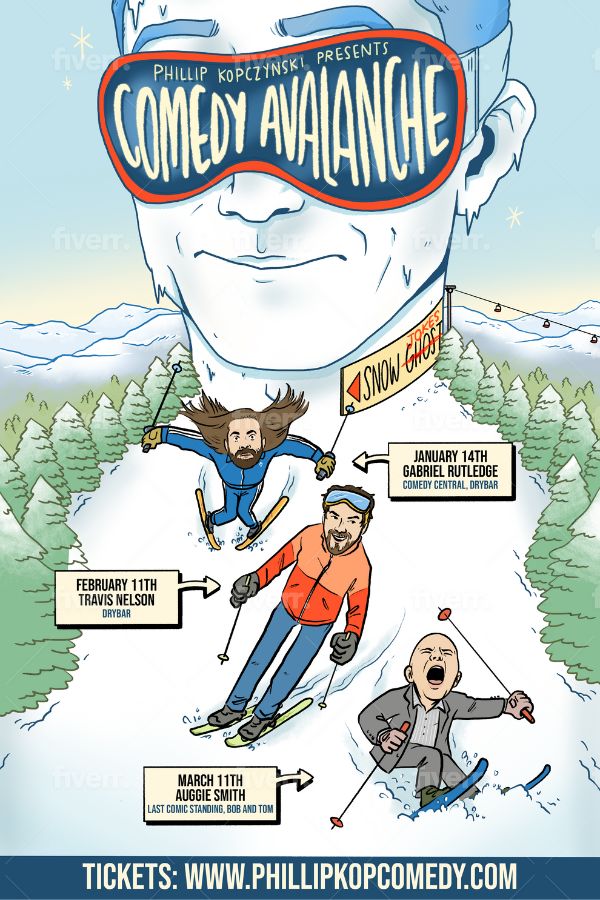 A past winner of both the Seattle International Comedy Competition and The Laughing Skull Comedy Festival in Atlanta, Gabriel has made numerous television appearances including Comedy Central's Live at Gotham, Nickelodeon's Nickmom Night Out, Laughs on FOX, and Inside Joke with Asif Ali streaming on Amazon Prime Video.

Gabriel has released 4 albums including his most recent "Good Luck in Court" which debuted at #1 on the iTunes comedy charts. He is also the author of the book "Happiness Isn't Funny".

Rob was a regular at the Spokane Comedy Club and throughout the Inland Northwest before recently moving to Nashville.

Full capacity auditorium, hosting a maximum of four hundred and fifty (450) guests. Advance tickets are recommended, but not required. The Panida Theater strongly encourages all guests to wear a mask, regardless of vaccine status, while enjoying performances.