Only General admission tickets are left, So get yours now!

An Evening with Cowboy Junkies 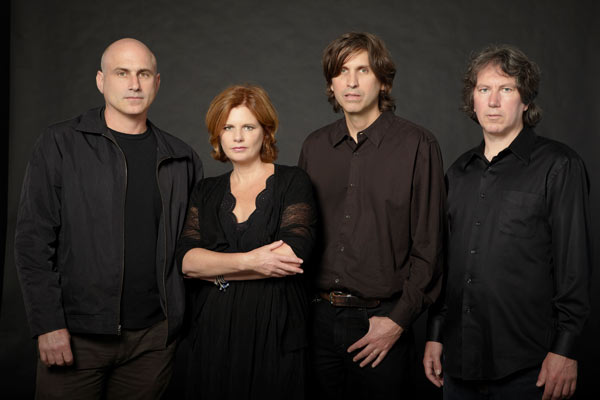 Reserved Seating has been sold out and only General Admission tickets are left. So get yours now!

Cowboy Junkies released The Wilderness, Volume 4 of The Nomad Series on March 27, 2012, marking the conclusion of an ambitious schedule of four releases over an 18-month period. The group’s Michael Timmins says of the new CD, “The title, The Wilderness, in some odd way seemed to define what these songs were actually “about”: fragility, emptiness, loneliness, beauty, chance, loss, desperation – the delicate balancing act that makes up a life. They are about being lost in the wilderness of age, the wilderness of parenthood, in the wilderness of just trying to find meaning and substance, happiness and truth in ones day to day life. They are about standing alone in middle of it all, breathing in the cold still air and wondering.”

The preceding album, Sing In My Meadow, a collection of songs recorded over a four day period that evokes the psychedelic, blues-inspired forays the band is fond of exploring on stage was hailed by Metromix as “showing yet another side of one of the most versatile, underrated bands of the last 25 years.”

The first volume of the series, Renmin Park, released in 2010, was inspired by Michael Timmins’ two-month stay in China with his family in ’08 and was called “their most ambitious yet” by The Boston Herald. Demons (2011), the second in the series, is a collection of songs by the late Vic Chesnutt which Canada’s National Post called “… a celebration of both the Junkies and Chesnutt and one of the year’s best albums.”

The band recorded its blues-inspired debut album Whites Off Earth Now!! (1986) and released it on their own Latent label. Touring the US in support of the album, they traveled extensively through the South and Southwest, soaking up the music of

For more than 20 years, Cowboy Junkies have remained true to their unique artistic vision and to the introspective, quiet intensity that is their musical signature, creating a critically acclaimed body of original work that has endeared them to an audience unwavering in its loyalty. Albums like The Caution Horses (1990), Black Eyed Man (1992), Pale Sun, Crescent Moon (1993), Lay It Down (1996) and more recently, Open (2001), One Soul Now (2004), Early 21st Century Blues (2005) and At the End of Paths Taken (2007) chronicle a creative journey reflecting the independent road the band has elected to travel.

The band has appeared on countless major television shows in North America from Saturday Night Live to Late Night with David Letterman and the Tonight Show. Their music has been featured in dozens of television programs and feature films.

Cowboy Junkies returned to Toronto’s Church of the Holy Trinity for a day in November 2006, joined by Ryan Adams, Natalie Merchant and Vic Chesnutt to revisit the repertoire of The Trinity Session in celebration of its 20th anniversary. The resulting film, Trinity Session Revisited, released as a DVD/CD in January 2008.