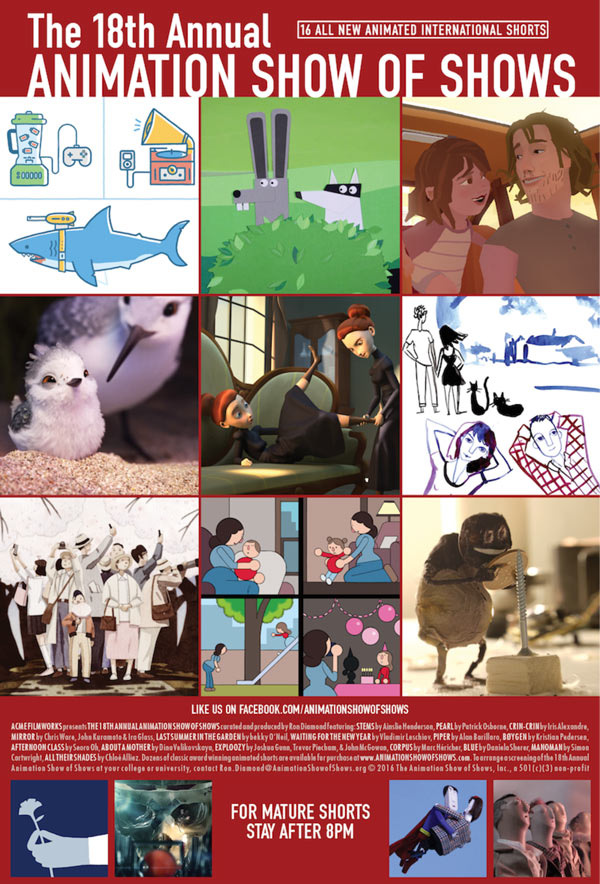 The ANIMATION SHOW OF SHOWS returns for its second year in theaters with 13 charming family friendly films. The show also features a late night bonus of four provocative shorts exclusively for mature audiences after the intermission so young audience members can exit the theater.This year’s show includes an expanded selection of fresh student films from leading animation schools in the U.S., Belgium, Canada, Korea and Russia. This is not surprising, since the most interesting and groundbreaking work is being done at these hotbeds of creativity.Featuring techniques ranging from hand drawn to stop motion to the latest computer generated imagery, the 16 extraordinary films in this program were created by animators from Belgium, Canada, France, Israel, Korea, Latvia, Norway, Russia, Scotland, the U.K., and the U.S.

**Family - General audiences until intermission then the last 4 films have mature matter for PG-13 audiences only.