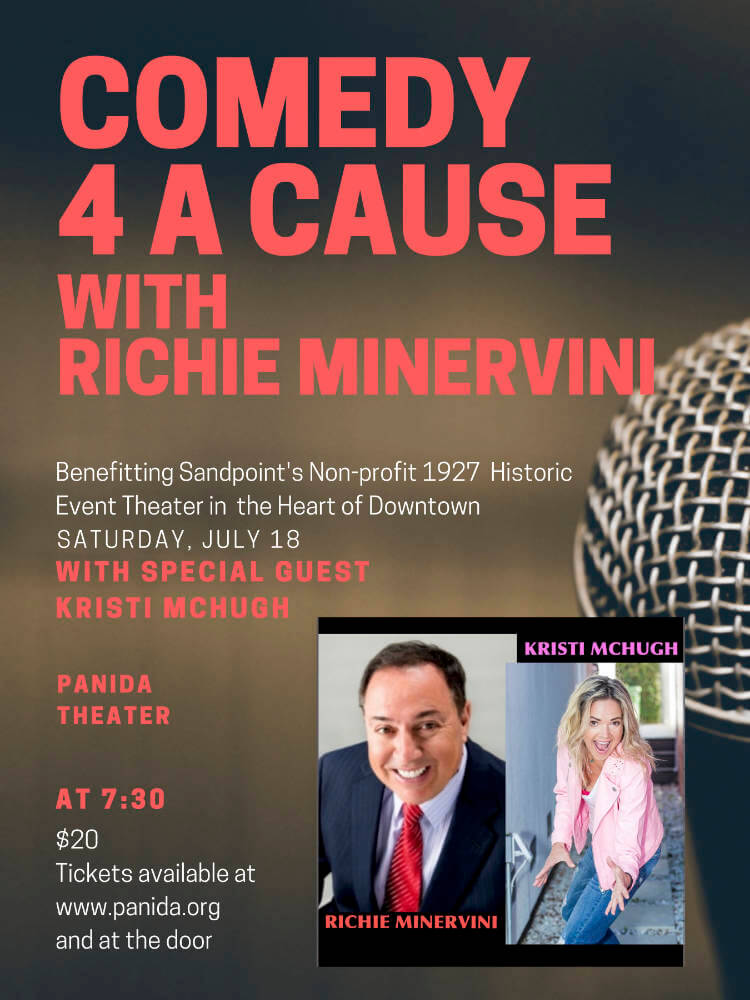 You asked for Richie to come back and he's coming back for you and the Panida cause. Richie loves our hometown theater and he's coming to help and he's bringing a guest!
You've seen Richie's guest, Kristi McHugh on Spike TV, TBS, Comedy Central. She has performed with Rich Little, Dana Carvey, Roseanne Barr, Drew Carey, Jon Lovitz. In May she shot the TV pilot “The Tailgate” sports show and has performed at comedy clubs from Las Vegas Laugh Factory, Hollywood Improv, to The ComedyStore, Stand Up New York, The Comic Strip Live and everything in between.
Seats are limited so get yours FAST!!!